Another bus to begin, followed by a pleasant (rainy and cold) nine mile stroll home.

Got the same time 128 bus as on Wednesday, and once again, it was late. Thankfully Gum-Woman wasn't travelling today, but there were still other people I wanted to attack. Seriously, why do people think it's acceptable to say "Don't worry, I'm not queue-jumping", and then do exactly that? Do they think the rain will magically excuse them? Perhaps I shall invest in some ear plugs, so I don't have to listen to other people's irritating inane conversations.

I was quite relieved to get off at Wykeham - it's, strangely, a place I've never been to before, despite it being so near to home. I've passed through it on the A170 many times, but never had a reason to stop and investigate.

The old station at Wykeham has been closed since 1950, when the line from Pickering to Seamer was shut, but the building is still in very good condition, being used as the offices of the Dawnay Estate. I had a mooch about and got the required photo, without being yelled at (I was quite possibly trespassing), and also disturbed a pheasant who was chilling out on the platform. Oops.


Next stop was West Ayton just a mile or so along the road, which gave me the opportunity to photograph some good roadkill - possibly my second-favourite hobby. 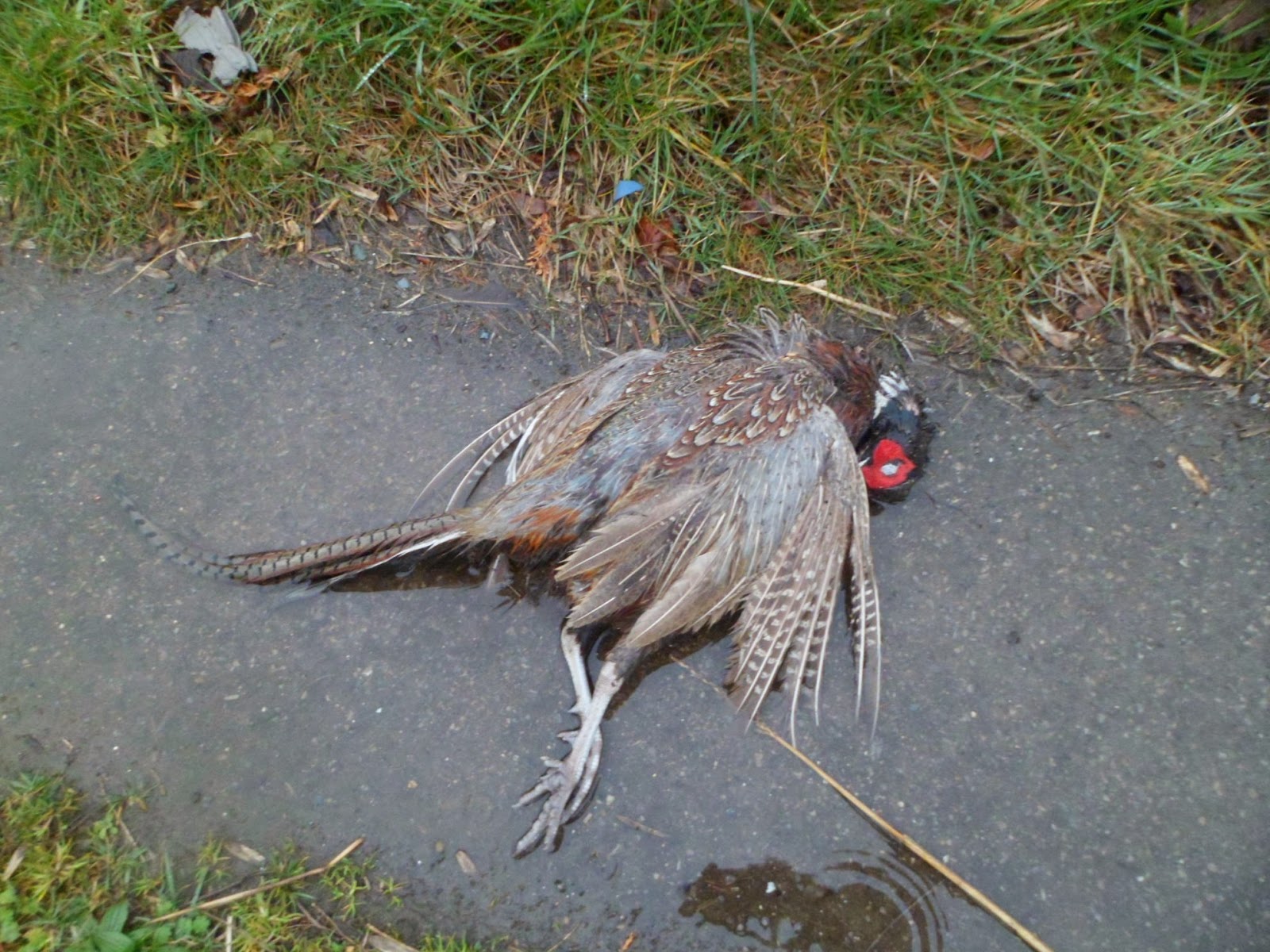 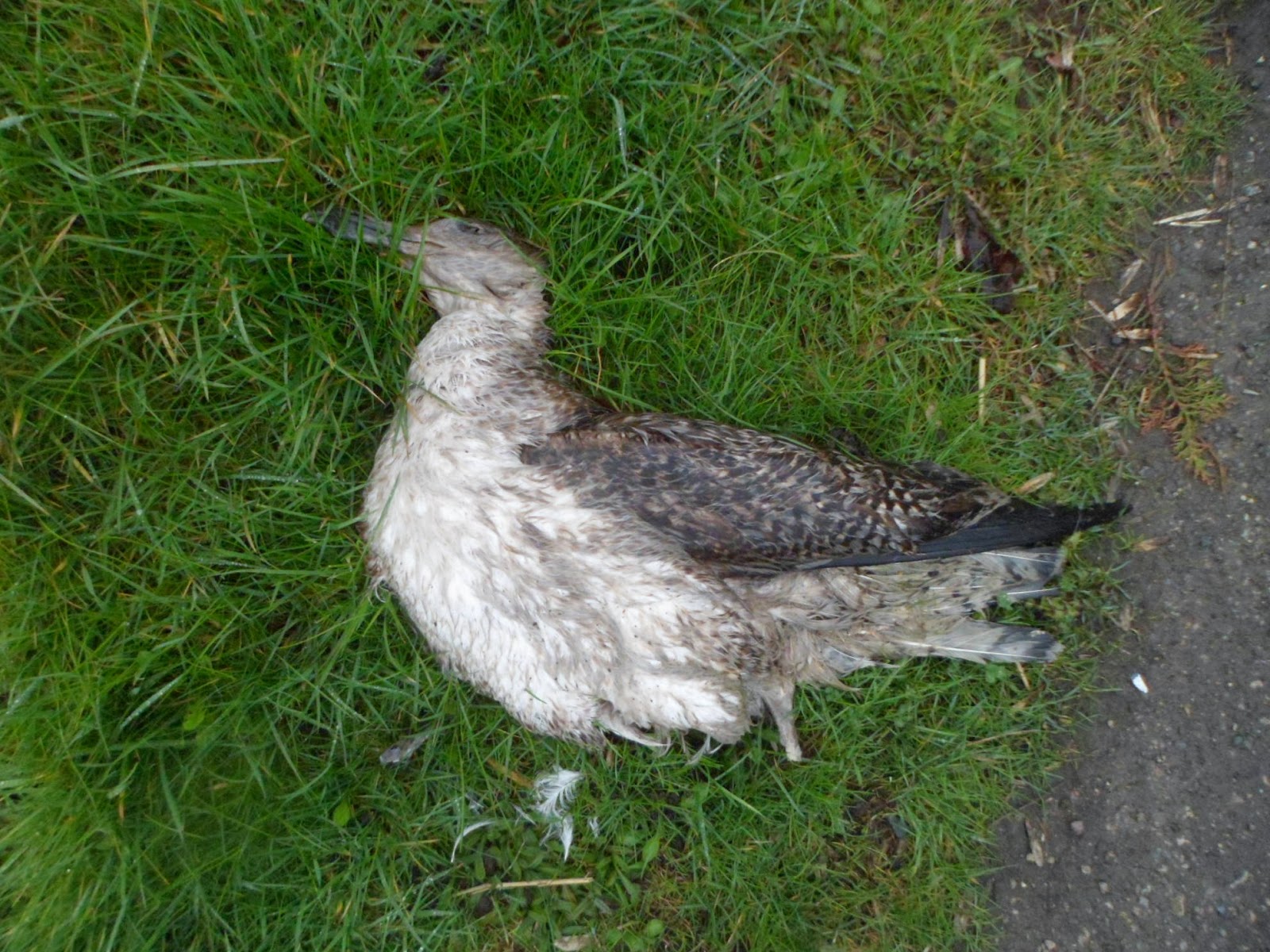 The station in West Ayton also closed in 1950, and when it was still open was actually called Forge Valley, to avoid confusion with another location on the North Eastern network. For many years since closure it has been used as a Council Highways Department depot - indeed when I worked for NYCC many years ago, it's where we used to wash the mud off the Landrover - but it seems to have been semi-abandoned. There's various bits of machinery lying about in the yard, but no signs of actual people...

... which was great for me, because it meant nobody could laugh at my dopey facial expressions as I tried to get a half-way decent picture! Hurrah!

At this point, I had to make a decision - walk back into town (Scarborough) along the main road, or be a stickler for historical route-accuracy and head to Seamer, where the closed branch formerly joined the mainline to York. I'm crap at making decisions so I texted my brother and he said Seamer, so that's what I did.

It was raining on and off, which brought lots of pretty snails out onto the footpath. I didn't tread on any - that would have ruined my mood - and for some reason I was now singing a selection of ABBA songs to myself. Thankfully their were no other pedestrians around...

Unfortunately, when I got to Seamer I had just missed a train to Scarborough, and the next one wasn't for a further 45 minutes. Rather than hanging about on a windy platform (the attractive building in the picture is now someone's house, and passengers have to make do with a plastic bus-shelter-type structure), I walked the last couple of miles back home, and on arrival the cat hadn't been sick on the rug, or the settee, or anywhere! Result!