No Chelsea, but a few tractors


A chilly one today, with Faux-Bro. Originally the plan was just to go out and hunt down some sort of abandoned tunnels, but after a few pints of the black stuff at The Merchant last night, it was decided that viaducts might be more today's thing. Now - Larpool excepted - the closest to here is the big 'un over the Derwent at Stamford Bridge, and handily the disused station is close by it.

Accompanied by the dulcet sounds of The Travelling Wilburys, we sped off along the A64 - passing Faux-Bro's former marital home (cue a bout of cursing and swearing aimed at the ex-wife), and across the fringes of The Wolds. After a few wrong turns, and an incredibly narrow bridge at Buttercrambe, we finally made it in one piece to Stamford Bridge's main square.

The moment of stepping out of the car was marred by nasty sleet, and the double whammy of dropping my gloves straight into a puddle! Bastardo! Even the graffiti on the side of the electricity substation appeared to be agreeing it was not a good start to the adventure.

But anyway, not letting it get us down, we wandered off, through a small, and particularly dull, suburban housing estate, in an attempt to locate the old station buildings. After just a few minutes, a (presumably replica) level crossing gate came into view, so I knew we were at least heading in the right direction.

The station complex - formerly an intermediate stop on the York to Beverley (via Market Weighton) line, which closed in 1965 - is quite complete. Both platforms are still extant, as is the goods shed. The main station building is in use as some sort of social club, or maybe a community centre, imaginatively called "The Old Station Club", and the trackbed is tarmac-ed reflecting it's new role as a cycle route and nature trail. I believe it's part of the European cycle network, but haven't a clue what route it takes either side of the town. 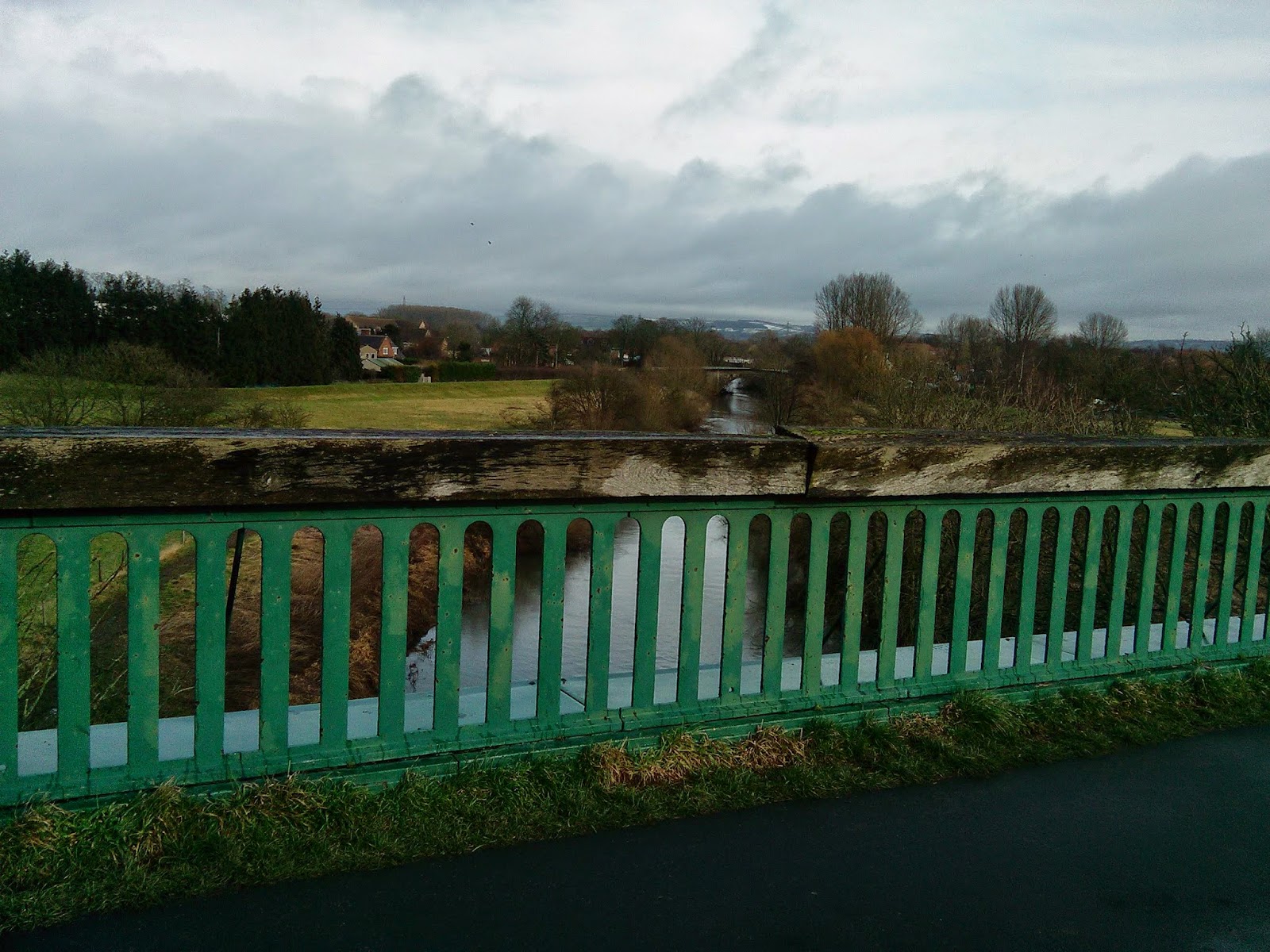 Continuing eastwards, past a board showing various flowers and birds and the like, the path heads out onto the viaduct. It's not particularly high - the countryside is pretty flat in these parts. They could probably have gotten away with just a bridge really, were it not for the fact the Derwent is prone to flood, and in the olden days was navigable right up to beyond Malton. The views were still quite nice though, with snow capped hills in the far distance making it feel quite wintry. Not surprising for January I suppose...

Of course, the main issue with walking over viaducts and bridges is that you can't really see their best bits. Luckily here, steps have been cut into the embankment which lead onto a lower path back to the riverbank, so the arches can be seen from below, revealing the monumental brick arches, and delicate iron centre span in all their glory. 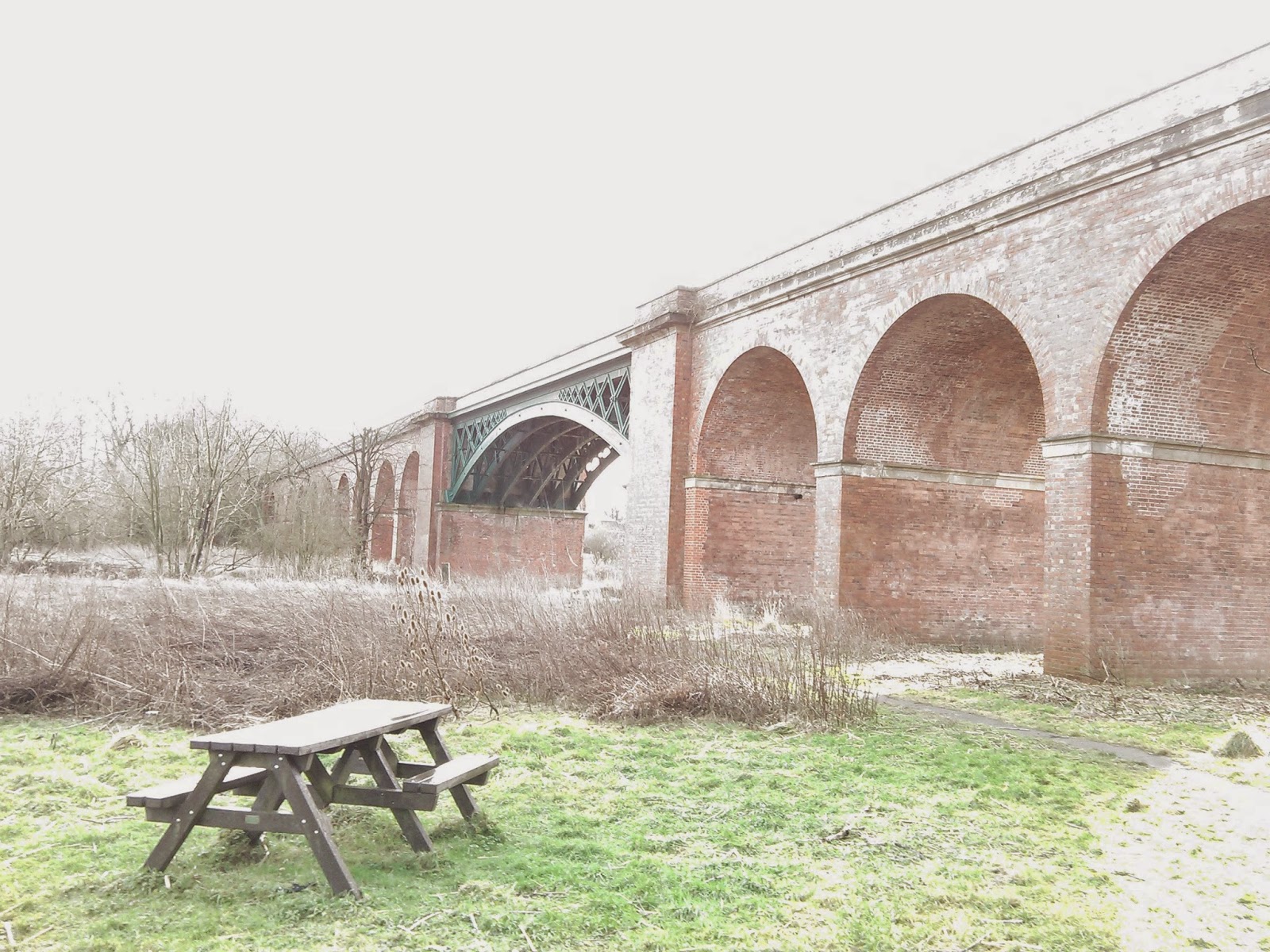 There is a plan, by a group called Minsters Rail, to reopen this line to rail traffic - I think it'd be quite sensible, if only so the people of Hull have another escape route - but I'm not sure if it'll ever happen. I suspect if this was Scotland, they'd be tracklaying by now, and arranging for local schoolchildren to have their photos taken while some local dignitary wields a pair of giant scissors, but things don't work quite that way south of the border...

Back in The Square, the next stop was obviously a pork pie, from a butcher who spoke remarkably like Arkwright from "Open All Hours", with the intention of following it up with a pint, but plans change, and my ultra-practical 1930s map showed that there were other stations in the vicinity, just crying out to be photographed...

After much deliberation, it was decided Fangfoss should be visited, a couple of miles south east, purely for the value of its comedy name, so we headed off into the sleet, which was returning with a vengeance.

After almost turning off into HMP Full Sutton, we finally found Fangfoss. Like Stamford Bridge, it's also pretty complete, and seems to be used as the offices of a small caravan site. I suspect in the Minster Rail thing ever does come to fruition, they won't bother reopening this one, as it's a fair way from the village it purported to serve, and even that's pretty small so I can't imagine it'd be particularly worthwhile.

A pint and a log fire were looking very appealing by this point, so we decided to head back towards home, via The Stone Trough Inn, overlooking Kirkham Abbey. Unfortunately, in trying to decipher 1930s map, we missed a turning off the main road, but luckily by sheer coincidence (!) this took us directly past our third and final station of the day, at Gate Helmsley.

"Gate Helmsley?" I hear you cry? "Why, the Big Tile Map shows no such place!"... Indeed it does not. Thanks to the confusing naming policies of the N.E.R, the station at Gate Helmsley was renamed "Holtby" early on in its life - presumably to avoid confusion with the more important Helmsley, further north. Holtby, incidentally is about three miles away to the south west.
And with that, our days work was done. We scooted off to the pub, sat by the fire and had a pint of Landlord. And by now, finally, my gloves were at last dry... 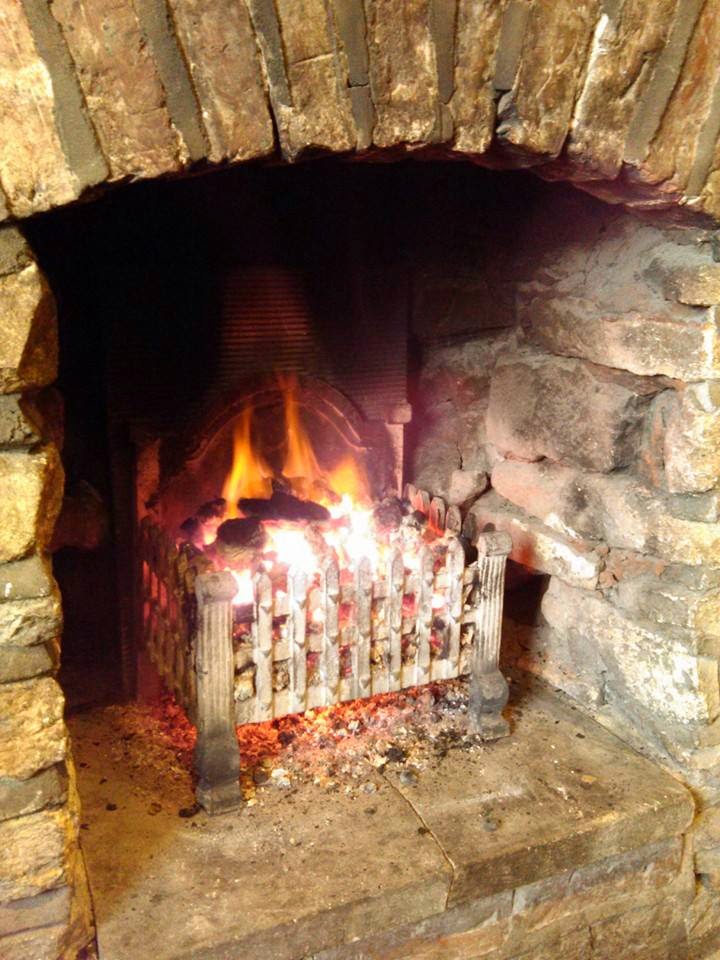 Posted by PlatformCat at 18:46 No comments: