Richard Whiteley (or Can Woodlice Cough?)

So, faced with a Sunday off, I did when any normal person would do. I called Faux-Bro and suggested a trip to finish off the old Malton & Driffield line. Lured by the promise of a pint, he agreed, so with the dulcet tones of Stevie Nicks echoing through a cloud of Lambert & Butler smoke, we zoomed across the Wolds. I would like to apologise once again to Scott the MerseyTart, but realistically without vehicular assistance I was never going to get to Wetwang on a Sunday otherwise. 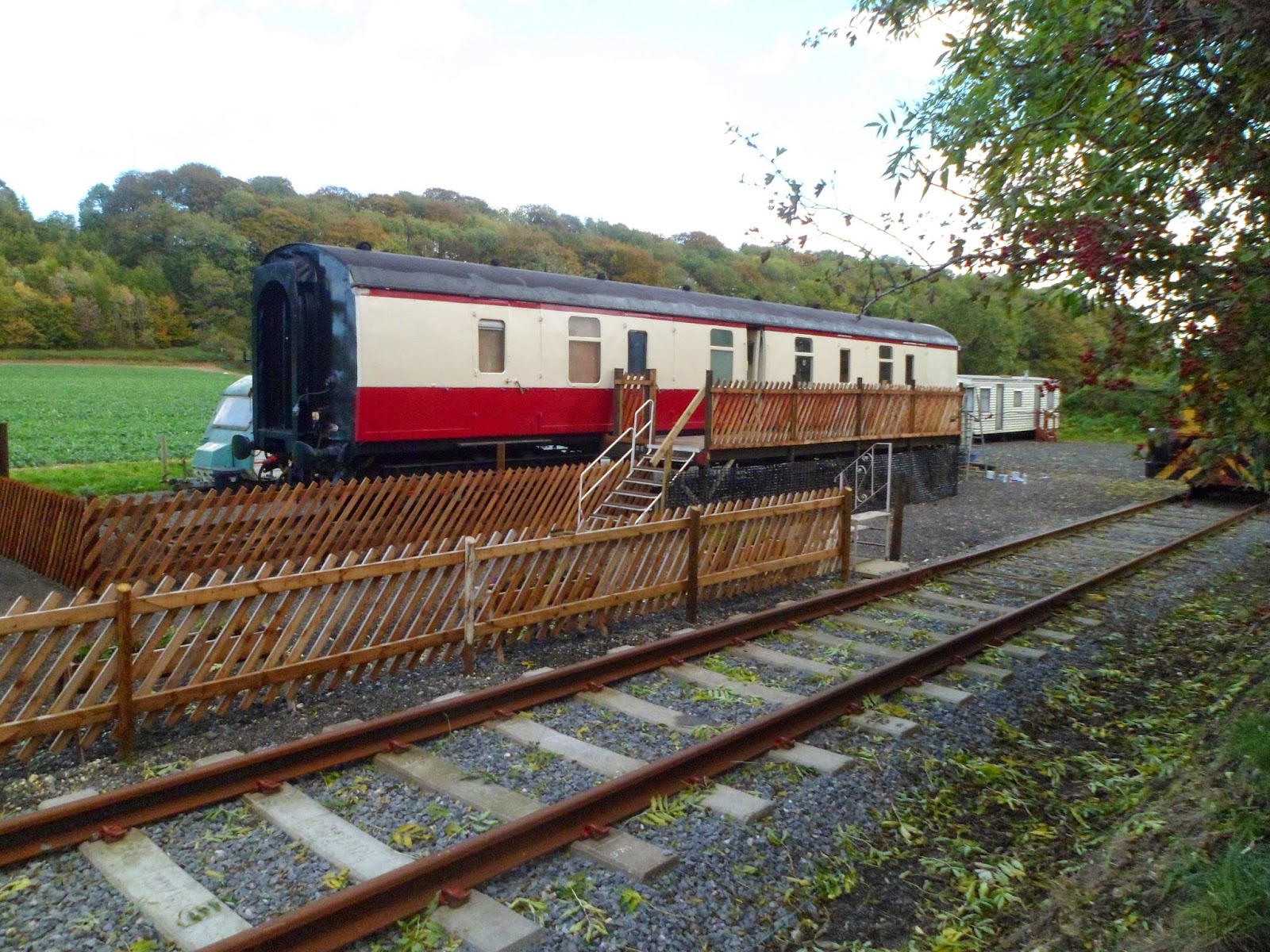 First port of call was the old station site at Sledmere & Fimber, as my usual slight hangover was demanding a cup of tea from the cafe. Irritatingly it was closed, so unrefreshed, I had a smoke amongst the trees, and pondered next moves.

Being a Sunday, there was activity happening at the new Fimber Halt. It hasn't opened to the public yet, but there were a couple of people busying about with various tasks. The carriage has been newly painted and looks very smart - certainly much better than when I last visited! 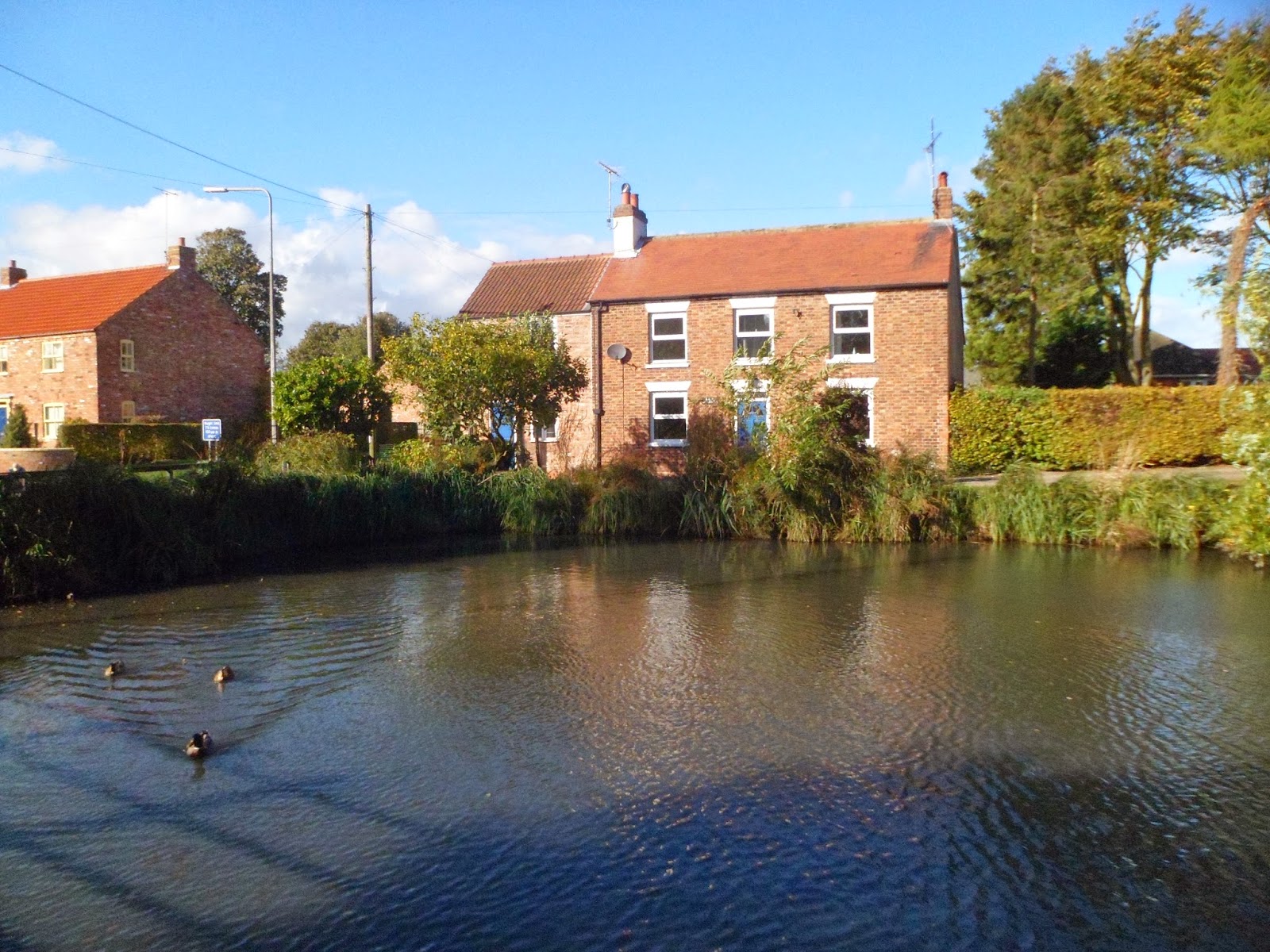 Wetwang isn't far away - only about two miles - but we drove. It's a fairly busy road, with no footpaths, and anyway I was wearing the wrong sort of shoes. The old station is on the imaginatively named "Station Hill", just north of the village centre. The turn off, should anyone so wish to go and have a look (doubtful, I know) is just by the duck pond on the main street. 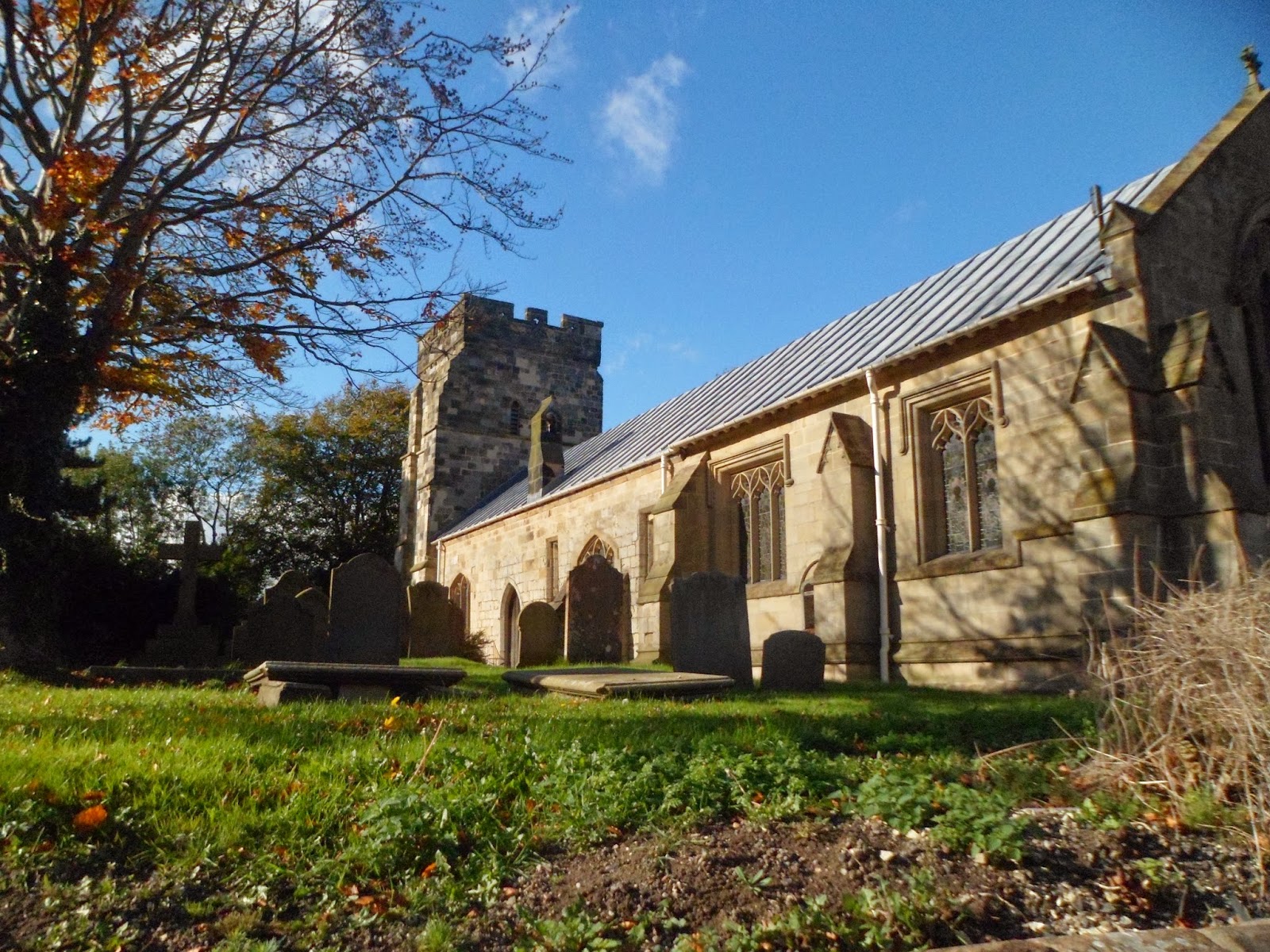 After taking the requisite crap photo of myself, we had a look around the church - open of course (Hurrah for low rural crime rates!) - and then retired for a pint in the Black Swan's very windy beer garden. Thankfully the management have provided a glass screen, to shelter the bit nearest the doors, so I was at least able to smoke my ten millionth cigarette of the day, despite my propensity for buying cheap crappy lighters, which blow out if a so much as a woodlouse coughs nearby.

With the hair of the dog, working it's magic, there was just enough time to call in at the chippy for a battered sausage (fnaar) - I find it the sign of a good establishment when one has to queue up behind several mallards. No doubt the cost was put on their bills...

We gobbled up the sausage (stop sniggering), by the pond, and then headed back up and over the Wolds towards home, smug in the knowledge that at no point did anyone make any comments about Wetwang having a stupid name...


Posted by PlatformCat at 08:52 No comments: